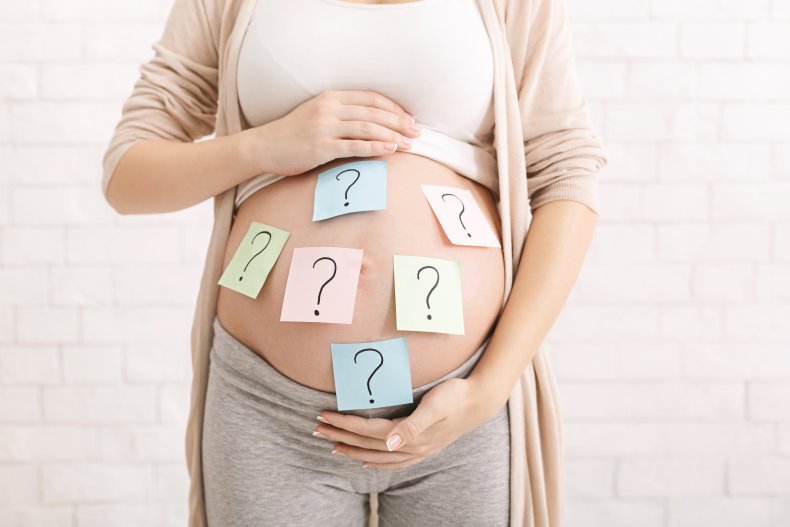 Baby names can sure be a touchy subject for parents-to-be. Finding a name that both parents love, while not being cringe-worthy or opening the child up to bullying, can be an arduous task.

One new dad has the internet raging, for attempting to “bully” his wife into the name he wants for their newborn daughter.

In a post shared to Mumsnet on July 1, user busymamaof2 explained that she and her husband were fighting over the name of their third child, now 10 days old.

“This is wrong. We both compromised and neither got our first choice.”

For daughter number three, her husband is insisting on a name she doesn’t like because it’s “plain and generic.”

“I just cannot even contemplate it. Angela. Fairly dated now.”

Instead, the mom wants to give her baby a name that honors their heritage.

She explained: “Everyone is expecting something Scottish, Irish or Celtic especially as other two DC have those connotations to their names.”

However, her husband is refusing to discuss any other name, even calling their baby Angela to “wind his wife” up.

She continued: “Last night I said I wouldn’t be bullied into a name I didn’t like, especially as this week he has gone straight back to work three days post birth, he has been no help with the baby.

“In a week I’d say he’s changed three nappies. Given her one feed. Yet despite his hopelessness it’s a my way or highway name.”

Concluding her story, she said: “The amount of texts I am receiving asking about a name is driving me mad and clearly indicates we’re having problems.

“What would you do?”

According to NameBerry, mythical baby names are a big trend in the U.S. for 2022, especially for girls. Maeve, the Queen of the Fairies in Irish Mythology, tops the list, with Luna, the Roman Goddess of the moon, in second place.

Names beginning with vowels are popular across all genders this year, with Arlo and Ezra top choices for boys and Aurelia and Elodie for girls.

Nameberry’s popular name list updates constantly. At the time of publication, the most popular boy’s name in the U.S. is Royal. Technically a gender-neutral name, the moniker is used as a first name in Wes Anderson’s The Royal Tenenbaums, and was chosen by Lil’ Kim for her daughter “Royal Reign,” born in 2014.

Mumsnet users had plenty of suggestions to help the poster break the stalemate with her husband.

“Angela as a middle name and give her a name you both agree on, if he won’t discuss it tell him you will be choosing a name and getting her registered,” advised Smileandtheworldsmileswithyou.

“[Write] down a list of 5 or 6 names, including Angela and the names you like plus a couple of more neutral ones that might be options, then give them each a score out of 5,” suggested BreatheAndFocus.

Others were also not a fan of the moniker, with WinterMusings describing it as “awful.” Collieresponder88 agreed, calling it “horrendous.”

Luredbyapomegranate expressed concern over the possible nicknames the child might endure.

“The main issue is she’ll be called Angie,” they said. “Which will make her sound like a downtrodden 65-year-old barmaid in a working man’s club.”

Others believed the name issue was a sign of deeper problems in their relationship.

“He doesn’t help with his own child properly and he’s winding you up on purpose a week after you’ve given birth?” asked FudgePop321. “I’d never stay with someone like this, name her yourself and get rid of him, this isn’t normal behaviour for a new father.”

If you have a similar family dilemma, let us know via [email protected]. We can ask experts for advice, and your story could be featured on Newsweek.