Choosing the Galapagos Islands as your next destination is a decision you’ll never regret. You’ll get to experience a new culture, befriend a community of incredible people, indulge in the most amazing food, and view sights and animals you couldn’t imagine in your wildest dreams.

Undoubtedly, visiting the Galapagos Islands is a trip of a lifetime no matter when you go, but it’s important to understand what each time of year brings so you know what to expect.

This guide will help you determine the best time to visit the Galapagos Islands. 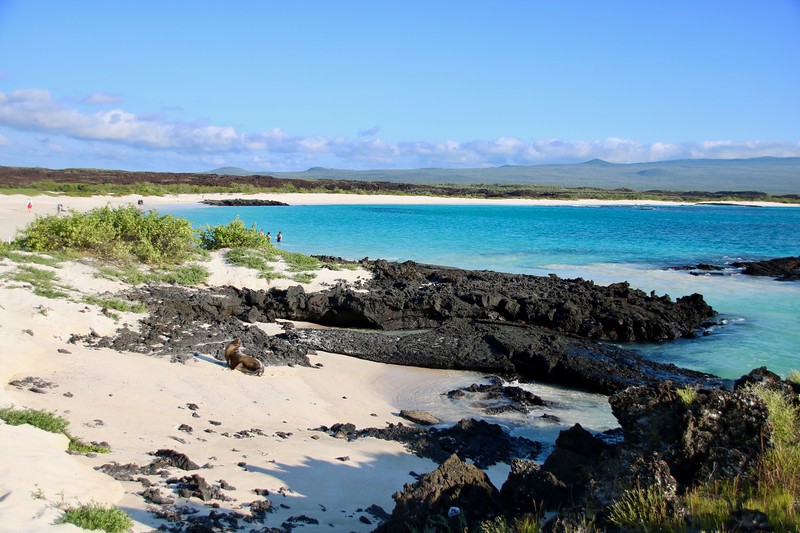 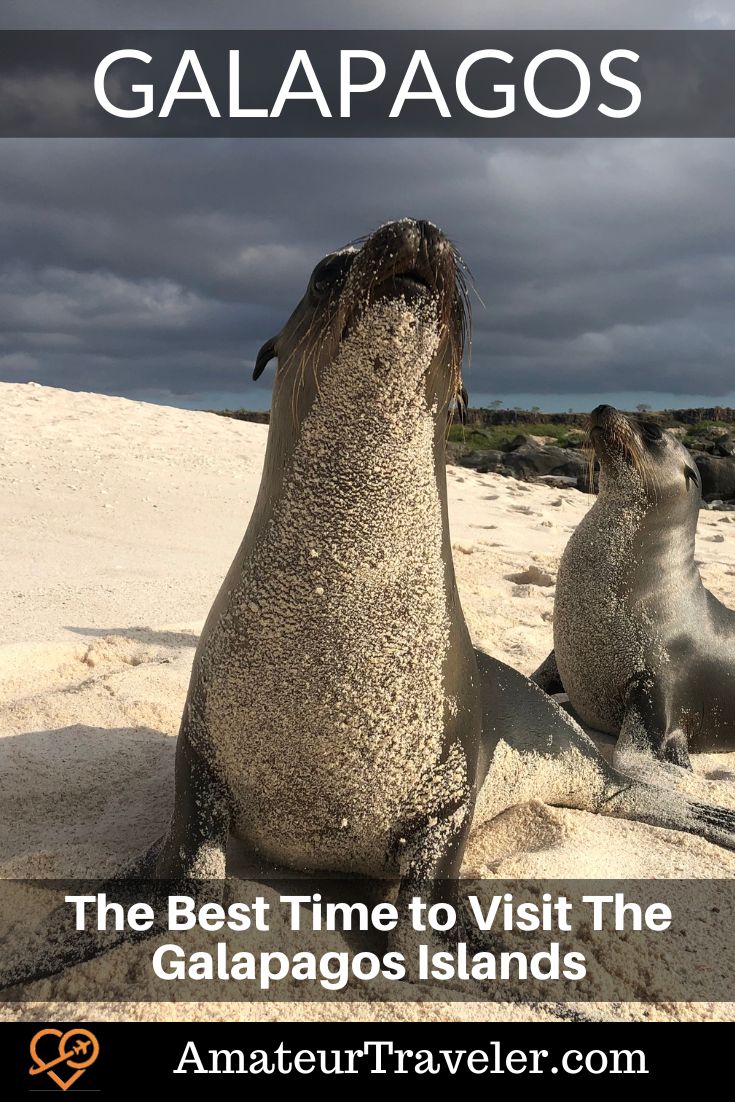 The Galapagos comprise of 13 major islands located in the Pacific Ocean near the equator, which is good news for travelers because the air and water temperature stay very much the same year-round. Even the richly diverse animal life in the Galapagos –Galapagos penguin, flightless cormorant, marine iguana, land iguana, blue-footed boobie, Galapagos hawk, and fur sea lion –found it by happenstance (floating or blowing in) so they do not migrate like other species.

With that said, there are still “seasons,” though mild, to consider when planning your dream trip.

From June through December and January through May, you’ll see slightly varied climates and temperatures across the archipelago. Both have their advantages, which means that the best time to visit the Galapagos Islands depends on the creatures, landscapes, and climates you’re most excited to see and experience.

Also known as the “Garua” season, it lasts from June through December. If you’d like to avoid the direct equatorial sun, this is the ideal time to go as a low-lying cloud settles over the larger islands in the morning and slowly dissipates throughout the afternoon.

You may need a light jacket or sweater for walking along the beach in the early morning. Temperatures peak during this season at around 80°F and dip as low as the mid-’60s. Don’t underestimate the sun, though; remember that you’ll still need protection.

The water will also be a little cooler, with August seeing the lowest temperatures, though it only varies 5 degrees from season to season. This is one reason why marine life is so active this time of year–you can expect thrilling encounters with sea turtles, sea lions, Galapagos penguins, and even wild dolphins.

The Garua season ends as the trade winds fall at the equator and shift south toward the Galapagos; warmer water is pulled in from the Panama Current. The fluctuation in warm air leads to frequent afternoon rain showers in the higher elevations only, with March and April seeing the hottest and wettest days of the year.

The El Niño and La Niña phenomena are also more prevalent during this season and can lead to heavier rainfall. Not to worry: experts monitor the conditions closely.

From late December to June, the sky is noticeably more clear, the water is at its warmest, and the air reaches its peak temperature of nearly 90°F. The lower elevations receive limited rain, so it’s a gorgeous time for exploring.

There is no bad time or “off-season” to visit the Galapagos–it’s a year-round destination with different activities and experiences depending on when you go.

If it’s the wildlife you’re most excited about, then the Galapagos should already be at the top of your bucket list. Thanks to the mild weather patterns of the islands, Red-footed Boobies, and Masked Boobies are breeding and nesting year-round as well as the Magnificent and Great Frigatebirds. You’ll also see Flightless Cormorants, Penguins, and Greater Flamingos breeding and nesting year-round. But that’s just the beginning.

Here, we break down the best activities based on when you’re taking this remarkable adventure.

January and February are two of the more popular months to visit the Galapagos. Garua has ended, the skies become crystal clear, and underwater visibility and water temperature are both divine. Many take the opportunity to snorkel and catch some unique sights—don’t be surprised if you get a little company!

The world’s rarest penguin species, the Galapagos Penguins, are 19 inches tall and 5 lbs on average. Second, to the smallest Penguin, scientists believe their ancestors came from Antarctica and got caught in the Humboldt Current, which led them to the Galapagos. These little guys are extremely endangered, with only a few thousand left. But don’t worry, The Galapagos Conservancy is working hard to protect them and other species on the island by building habitats and sustainable communities.

A good place to look for the famed penguins is near cliffs along the shore. They typically lay eggs in December or January and have one parent guarding the egg while the other looks for food.

If you’re hoping to make special memories swimming with Galapagos Penguins, you’ll have to be patient. They’re quick little creatures and won’t respond well if you approach them too fervently. Instead, consider a leisurely swim in their area. Let them get curious and inspect you. If you’re really lucky, they’ll follow along as you explore.

April sees the warmest climate in the Galapagos, but soon the Garua season takes hold – the air becomes cool and dry, making it very comfortable for visitors to explore the islands, bask in the sun, and encounter wildlife. In June, the Humboldt Current gets stronger, leading to very active marine life, which makes it an optimal opportunity for a snorkeling adventure.

Rainfall picks up, but is mostly in the highlands. Depending on food supply, Flightless Cormorants begin nesting.

Most animals on the islands mate this time of year, and that includes the Blue-footed Boobies. As if the name weren’t charming enough, these fascinating birds with bright blue feet will dance with one another before mating. The male impresses the female by first bowing his head, showing off his glorious feet (the brighter the blue, the healthier the bird), and if that doesn’t work, his wings come up!

What sets the Blue-footed Boobie apart from other birds is that they continue courting each other after nesting. And, when one is away feeding, they will flirt with their neighbors. This real-life soap opera is a sight to be seen.

August through December is a thrilling time of year in the Galapagos. Whale and dolphin sightings are most common, the climate is great for hiking, and new life is emerging. You’ll likely get to see sea lion pups, Galapagos giant tortoises laying their eggs, and if you’re really lucky, waved albatross chicks.

When the air is cool and dry, it’s perfect for hiking and exploring the islands. The beauty of the volcanoes will take your breath away.

The Galapagos islands formed millions of years ago from volcanoes, and as time goes on, these giants continue to shift east, making way for new islands. It’s the most active hotspot in the world with 13 of 21 “living” volcanoes, which set the scene for some of the most beautiful and captivating sites on the planet – massive, smoldering calderas, black lava flows, and lunar landscapes.

Consider hiking to Los Gemelos or the Twin Craters, which are a pair of collapsed lava pits. Or light a torch and venture into ancient lava tunnels that can be found throughout the islands.

If fortune favors you, you might even see a volcanic eruption. Regardless, as you take in the awe-inspiring landscape, you’ll undoubtedly feel like your eyes are deceiving you. Take photos, but know that they won’t do it justice.

The Best Time to Visit the Galapagos Islands

The answer is simple. Any time.

The mild climate and slim variance in water temperature make the Galapagos Islands a magnificent destination in every season, whether you intend to snorkel in the warm early months of the year, explore the wildlife mid-year, or adventure to ancient volcanoes near the end of Gurau.

The best way to make your experience truly unforgettable is to book a luxury Galapagos cruise. This gives you the unique opportunity to visit each island with expert guidance to help you navigate this legendary place. At the end of each adventure, you’ll enjoy sumptuous and welcoming accommodations. Explore by day, bliss out by night.

No matter when you choose to visit the Galapagos Islands, one thing is certain: the creatures, landscape, and people come together in harmony to create once-in-a-lifetime memories. And that’s a promise. 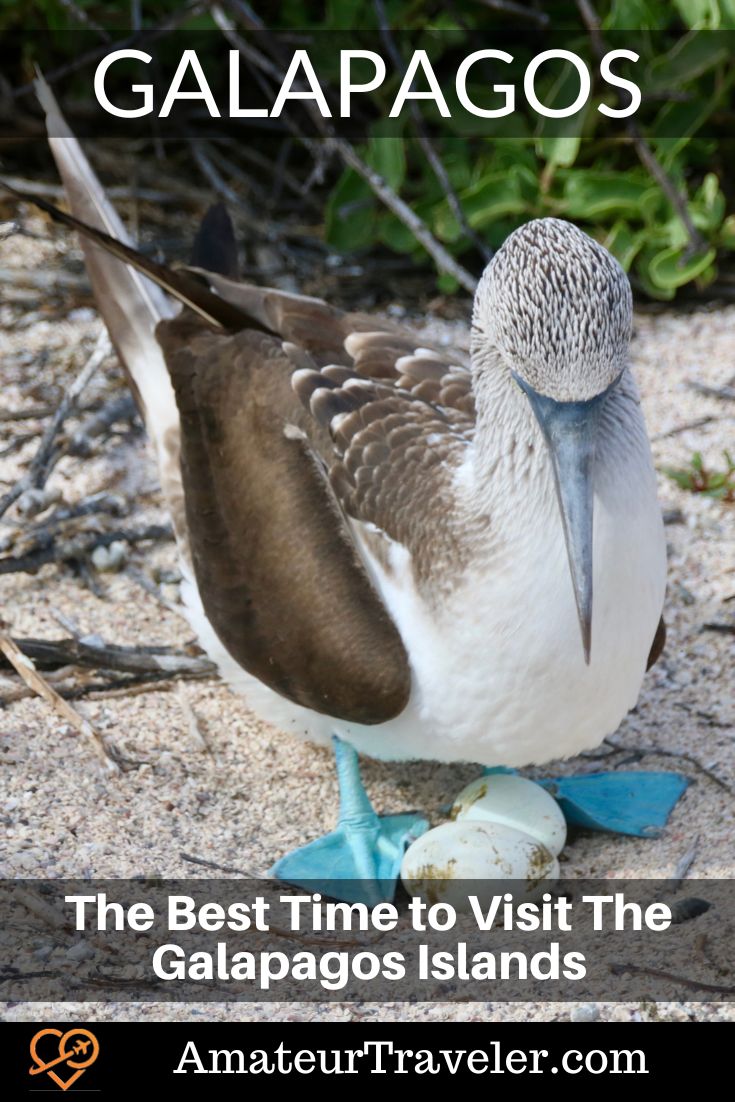 MUD Foundation Kicks Off the Third Year of Media Under Dystopia, a Hybrid Exhibition Program Supporting Artists Working at the Center of Art + Technology

What To Wear With A Jean Jacket